Freedom is the Way of Life

To commemorate the 31st anniversary of the Velvet Revolution, in which then-Czechoslovakia freed itself from Communist rule and became a functioning democracy, biking apparel company Isadore highlighted a powerful story. Zdenko F. Daneš fled communist rule in the Czech Republic on a bicycle in 1950 before moving to the United States, where he became a university professor. To celebrate his story, Isadore changed its slogan from “The Road is the Way of Life” to “Freedom is the Way of Life”. It also created a special collection of jerseys, the proceeds of which will go to Post Bellum, a non-profit organisation documenting the memories of those who lived under communist totalitarian rule in the 20th century.

But Isadore’s “Freedom is the Way of Life” campaign is different. It focuses on an individual whose use of a bicycle to escape communist totalitarianism highlights the realities of Czechoslovak life in the second half of the twentieth century, while demonstrating cycling’s undying importance as a mode of transport. The campaign’s centrepiece – a beautifully produced animated advert telling the story of Daneš’s escape – captures both of these messages. In this way, Isadore presents itself as a scholar of the Revolution and as a true corporate citizen of Slovakia.

“This is a beautiful campaign by Isadore. It’s easy for brands to jump on historic or cultural events, but this feels very relevant to Isadore – it is a human story of an escape to freedom, with cycling at its core. I like, too, that the company is donating the proceeds from the jerseys to Post Bellum, so the campaign is about the brand’s values, rather than simply profit. A wonderful story, brilliantly told.” 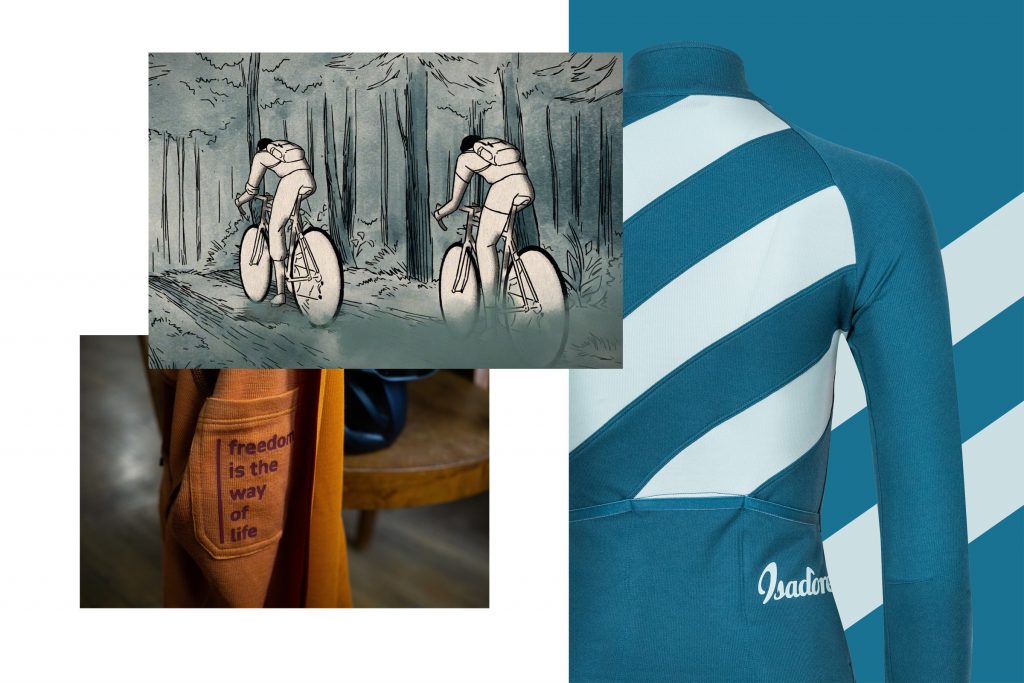