Škoda ranks as one of the Czech Republic's beloved crown jewels alongside brands such as Pilsner Urquell and Baťa. Škoda cars a real marker of national pride; every other car in the country seems to be a Škoda! For the brand’s 125th anniversary, a digital marketing and purchased advertising campaign focused on the brand’s rich heritage and tradition. Through media buying in key dailies, a special 20-page publication, and video spots, the brand mustered all its resources to ensure its special year did not go unnoticed.

Škoda makes some of world's most advanced and high-tech cars, but the brand's special place in the Czech national identity is due to its historical continuity: its long, uninterrupted presence in the everyday lives of generations. A series of the company’s most iconic products – starting from a bicycle produced in 1895, through iconic cars from various eras to the present day – were profiled through bi-weekly adverts in the daily Metro newspaper. A detailed 20-page history of the brand was meanwhile produced in cooperations with the Auto Dnes magazine, published in full in Mladá Fronta Dnes. Humorous and educational video spots were also produced to complement the visual marketing campaign, featuring characters in period costumes and music from each era. A historical focus might have been a no-brainer – but Škoda’s emphasis on classy visual material and targeted media buying made its 125th anniversary hard to miss.

“In a global marketplace the importance of national stories can be marginalised. The whole thrust of modern borderless advertising and marketing campaigns has been to repudiate anything which smacks of national pride.

"This is a mistake. Especially when we’re talking about something so wrapped up in the national flag as a motor manufacturer. The trick, of course, is to pull it off without appealing to base instincts or anything which might be constructed as narrowly nationalistic or, worse still, xenophobic. And campaigns have to avoid playing the ‘pity card’. This happened in the UK in the 1970s, when the once-mighty British motor manufacturing industry was laid low by industrial action and trade union strikes. The cars of this era were, frankly, awful. But Britons were enjoined to ‘Buy British’, no matter how bad the vehicles were.

"None of this applies to the Skoda products of today, or indeed the elegant campaign which draws attention to a meaningful punctuation mark in the company’s long story of evolution. 125 years and still going strong. A Czech success story that should make all Czechs proud without antagonising anyone - including many friends of mine - who live in other European nations and drive a Skoda, not because it’s Czech, but because it’s a great value automobile.” 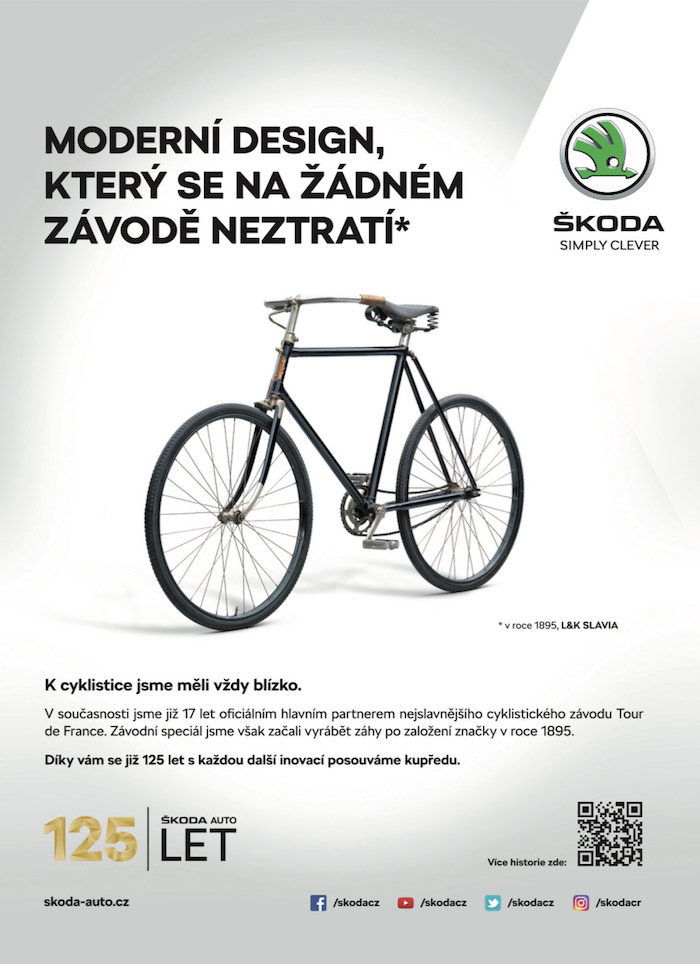 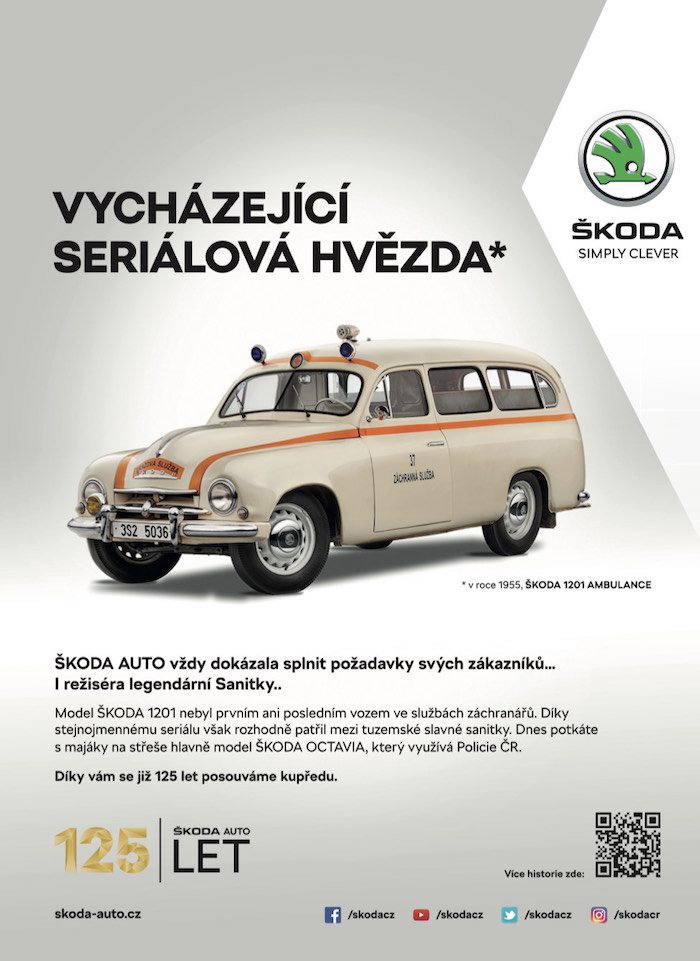 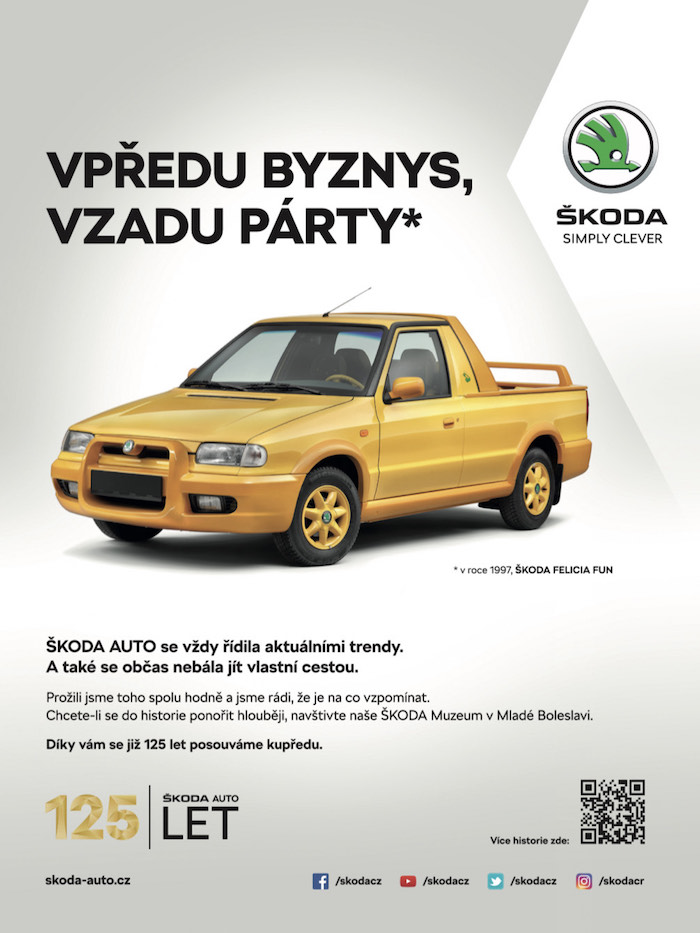